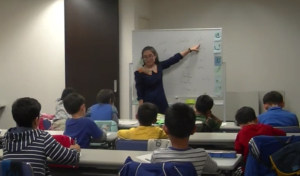 It is with a heavy heart today that Campaign for Uyghurs (CFU) calls attention to the reported death of Mihriay Erkin. RFA has reported that she has died while being held inside Kashgar Yanbulak prison arbitrarily. This tragedy was entirely avoidable, and is not the work of misfortune or fate, but of a systematic effort to make life unattainable for Uyghur people. Mihriay was yet another Uyghur intellectual lured back to China from abroad in the Chinese regime’s ongoing campaign to target prominent Uyghur scholars and activists in the diaspora who challenge their genocide.

Norwegian activist, and Mihriay’s uncle, Abduweli Ayup, said of her death: “This brutal tragedy is a stark reminder that arrests, imprisonments, torture, is not where these crimes end. They are killing us. Scholars and academics are special targets for the regime, because they know they could be leaders for their people. My niece returned to China after studying in Japan, and she was taken into detention, and now she will not leave that place. This is my message to the world, I loved my niece, I cannot stand to lose more Uyghurs, more family members. The world must look, there are millions of Uyghurs who could face this same fate, I hope we can see that before it is too late.”

Today, more than most days, is a sobering reminder of the stakes of our fight. Each day that we do not put a stop to the inhumanity occurring in East Turkistan is another day that Uyghurs will suffer, and die. Inaction carries with it a high price, made real here by the fate of such an important and wonderful member of the Uyghur community. Often, inaction is viewed as a static choice. When history reflects on the world’s reaction to atrocities we ask whether we acted or whether we did not. This, however, is not true. Each day we choose not to act, each day we delay action, the lower the reward for eventual action becomes. Not only must the world act, it must act now.

Rushan Abbas, Executive Director of Campaign for Uyghurs, said “My heart breaks for Mihriay, for Abduweli, for the millions of Uyghurs around the world who are facing these same fears and trials. How long must they wait for salvation? I am scared for my sister and pray that she is staying strong, but that love I have for my sister and for my people fuels me with strength to fight harder.”

We cannot in good conscience continue to delay our response as a global community out of fear for the regime that shows no restraint in its genocide against the Uyghur people. While we are fearful, they are forceful. While we are hesitant, they move quickly. The evidence is mounting, and soon it will be impossible to look away. There will, and must be, Justice.

Without an independent investigation, the details of this crime will remain opaque and undisclosed. This is also unacceptable. The United Nations holds a mandate to investigate instances of human rights abuses, and China’s obstruction of that mandate is a violation of international law in itself. As Uyghurs suffer and perish, the world is left to wonder at just how many of these stories we are not told. For every one that is made public, how many are kept secret? We demand an open investigation, and justice for every Uyghur that has faced persecution at the hands of the Chinese regime. Today, we mourn the loss of Mihriay, and we hold her life as a beacon to the world of what we are at risk of losing. Campaign for Uyghurs wishes peace upon Mihriay’s family during this time, which should never have been.