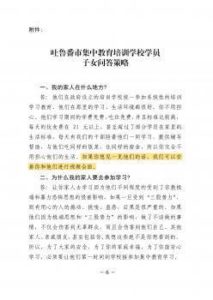 A set of Chinese Communist Party documents was leaked to The New York Times and published last weekend. They not only reveal the rationale and implementation of the Chinese Communist Party’s policies in Xinjiang, a nominally autonomous region in northwestern China. They also open a window onto how China functions today, both at the top and closer to the bottom of its party-state hierarchy. And that reveals two things about the C.C.P.: its awesome power and its fundamental weakness.