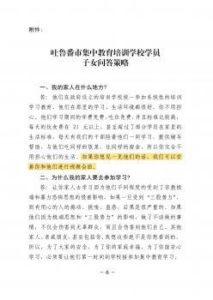 An extraordinary leak from within China’s Communist Party government sheds new light on President Xi Jinping’s campaign of repression against Muslim Uighurs in the western Xinjiang region. The scale of the crackdown laid bare, on top of what the world already had pieced together about Beijing’s anti-Muslim cultural cleansing, demands a response. The leaks offer clues to what such a response might be.

The existence of camps in which the government is confining more than a million Uighurs has been known for some time, and foreign…

TO READ THE FULL STORY AT THE WALL STREET JOURNAL