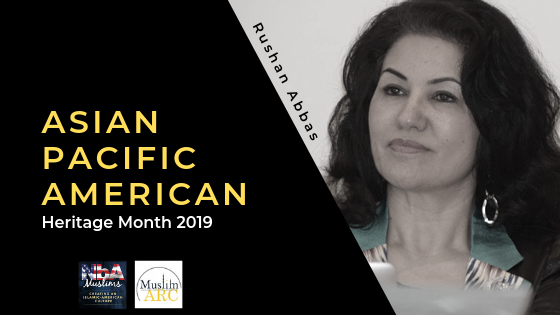 In honor of Asian Pacific American Heritage Month,  NbA Muslims, in collaboration with the Muslim Anti-Racism Collaborative, will feature Asian American Muslims engaged in progressive work inside and outside of US Muslim communities.

Despite inadequate media attention, awareness about the plight of Uyghur Muslims in China continues to grow. the government has imprisoned Muslims in concentration camps and cracked down on obvious forms of worship, including praying, wearing hijab, having a beard, and avoiding pork and alcohol. Muslim minorities in the Xinjiang are the hardest hit by China’s religious suppression.

Activist Rushan Abbas is committed to raising awareness about the religious oppression and human-rights atrocities inflicted on Uyghur Muslims to motivate Muslims in the US and worldwide into action. 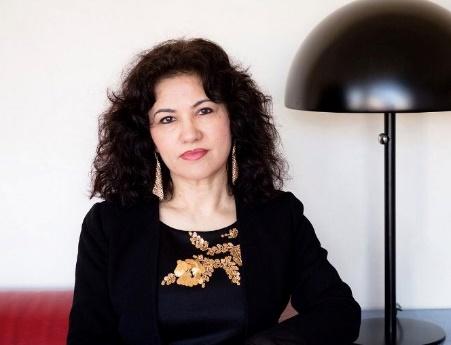 Abbas is a former student activist of the pro-democracy demonstrations at Xinjiang University in 1985 and 1988.  She served as the Vice-President of the Students’ Science and Culture Union at the university in 1987. Since her arrival in the United States in 1989, Abbas has been an ardent campaigner for the human rights of the Uyghur people and worked closely with the members of the Congress since the 1990s.

Abbas was a co-founder of the California-based Uyghur Overseas Student and Scholars Association in 1993, the first such Uyghur association in the United States, and served as that organization’s first Vice-President. The charter co-drafted by Abbas later served as the blueprint and played an important role in the establishment of the Uyghur American Association (UAA) in 1998.  Abbas was subsequently elected Vice President of UAA for two terms.  When Radio Free Asia launched Uyghur service in 1998, Abbas was the first Uyghur reporter broadcasting daily to the Uyghur region.

In 2017, Abbas founded Campaign for Uyghurs to advocate, promote human rights and democratic freedoms for Uyghurs, and mobilize the international community to act to stop the human rights atrocity in East Turkistan. Under her organization, Abbas introduced and led “One Voice One Step” movement and together with Uyghur women and youth around the world, successfully organized a demonstration on March 15th, 2018, in 14 countries and 18 cities on the same day to protest China’s detention of a million Uyghurs in concentration camps.

I had an opportunity to ask Abbas about the current conditions of Uyghurs and the importance of US Muslim involvement.

How does your faith motivate your activism?

My faith and hope are the only two things that I must keep going.  Our struggle is against injustice, cruelty and against a government that declared a war on religion.

Who are the Uyghurs?

The Uyghurs are an ethnically and culturally Turkic people, who have been under the control of Communist China since 1949.  As a result of our unique ethnic identity, culture, language, and religion we have been persecuted and repressed for decades.

Since the occupation, the communist government has tried relentlessly to destroy Uyghur culture and religion.

Since the occupation, the communist government has tried relentlessly to destroy Uyghur culture and religion. Uyghurs have been persecuted under the label of “nationalists”, “counter-revolutionaries” and “separatists”. With each occurrence, Uyghur intellectuals and culture were the main targets.  Following decades of brutal and suppressive policies of communist China, the situation for the Uyghur people has worsened. Chinese authorities have cracked down on any expressions of dissent, escalated their efforts to assimilate the Uyghur people, and continued policies to send millions of Han Chinese to the region—essentially colonizing the area.

What are some oppressions inflicted on Uyghurs?

Today, Uyghurs have become the victims of Xi Jinping’s signature project, “Belt and Road” initiative. The entire region is branded. Punishment has been cultural and collective. A key reason for this is because East Turkistan lies in a geographically important location for Xi Jinping’s Belt and Road Initiative, as the gateway from China to Central Asia and the rest of the world. The BRI has put Uyghurs homeland at the very center of China’s geopolitical and economic ambitions. It is for this reason, and Xi Jinping’s forced assimilatory policies, that the CCP has adopted a strategy of complete control and domination of the Uyghur people.

Today, the entire population of East Turkestan has become the victim of Xi Jinping’s Belt and Road Initiative as the final solution for the imperialistic Chinese dream of world domination.

Following the 9-11 tragedy, Communist authorities rebranded their policies against the Uyghurs as a “War on Terrorism.” The entire Uyghur population is being targeted for their religion and cultural differences. China has characterized all political resistance as “Islamic terrorism,” and on that pretext developed an Orwellian state, a complete police state built on DNA collection, ubiquitous cameras, facial-recognition software & GPS tracking devices on vehicles. QR codes on Uyghur homes.

With the harsh suppression of ordinary Uyghur people, Uyghur women are routinely deprived of their basic rights in their everyday lives.  The repressive policies are now focused on undermining the key tenets of Uyghur identity: language, culture, history, and religion. Since April 2017, the campaign is to eradicate the Uyghur identity and to assimilate into the mainstream Chinese population.

The Associated Press reported recently that according to the Communist Party’s official newspaper, 1.1 million Chinese cadres have been deployed to live inside Uyghurs’ living rooms, dining areas, and even their bedrooms, and asked their children to spy on them for any expression of disloyalty to the Communist ideologies or any trace of religious or cultural expression.

Chinese Communist government is announcing openly to the world that they are signifying Islam by changing the core principles of the religion and getting away with it in front of the entire global community. How in the world could Islam be compatible with Communist ideology?!

How damaging is silence or complacency in furthering global oppression?

China is getting away with ethnic and cultural genocide at the front of the entire world community.

If the silence continues and there is no action to stop this horrendous atrocity,  it will be the beginning of darkness for accountable democracies as totalitarian governments effectively utilize mass surveillance and repression to instill fear at home and abroad, suppressing actions even within the free world that we enjoy today.

[We can not] fail to challenge Communist China on this terrible atrocity with the determination to stop it.  If we do not act soon, China’s debt trap tactics, expansion of its Belt and Road Initiative, and provision of 5G technology to the West will position the country to treat the entire world’s population according to its vision for Uyghurs, utilizing the West’s technology for mass surveillance and individualized threats for far more than even ignoring the re-emergence of concentration camps. Just look at what the Uyghur people are facing right now and imagine the life and world that you are leaving behind for your children and grandchildren if you do not act to stop it now.

What are three things US Muslims can do to help?