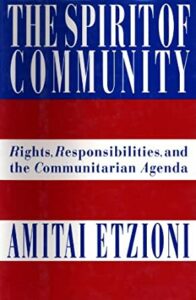 On behalf of those Uyghur Americans who read your recent article with hurt, anger, and disgust, allow me to express my great disappointment. To condemn what is very clearly a violation of each and every condition of the genocide convention, is not “Anti-China” or merely “Trump’s rhetoric” as you suggest. Rather, declaring the sufferings of human beings as what they are is quite simply anti-genocide, anti-tyranny, and, most importantly, pro-human.

You have chosen to use the gift of a free press to defend and downplay the CCP’s genocide. There can be no more appalling misuse of the platforms of free speech that are provided here in the United States. Notably, most of your central points are phrased using language which sounds like it has come directly from the mouth of Chinese Communist Party officials themselves, which denounces all criticism of its human rights situation as being “hurtful” or “interference” in China’s “internal affairs”. Genocide, and that is indeed what is occurring, is not an act of peace. Rather, it is an act of war against all humanity. While there is much to analyze regarding the motivations of U.S. politicians in how they chose to address or ignore that genocide, most notably absent from your article is an attempt to address the sure motivations of those committing the genocide.

In the interest of avoiding “inflaming” the U.S.-China relationship, it bears reminding that in reality, the situation is already inflamed due to the Chinese regime’s consistently brutal actions to silence dissent at home and abroad. Perhaps inflammatory language is needed to stir the international community to respond. The provocation of this situation is in the act, and not the language used to address it. Quite frankly, few people of merit will be concerned if a genocidal dictator is angry with them. In fact, people acting on conscience would rightfully consider that as a badge of honor.

You state that “The U.S. will have to find ways to combine strong criticisms of China’s human rights abuses with efforts to work with China to curb the pandemic, increase international trade, create and enforce new rules on conduct in cyberspace and outer space, and avoid wars. Using inflammatory language will not help any of these causes.”

Mr. Etzioni, do you honestly believe that China, which has often broken or betrayed its commitments or duties to the international community, and does not play by the rules, is going to be contained by this type of mentality? A more truthful assessment should be that “the U.S. will have to find ways to address China’s human rights abuses while working to curb the pandemic, increase trade with partners not engaging in forced labor and genocide, and enforce our rules on conduct in cyberspace and outer space, and avoid wars by swiftly putting in line the tyrannical bullies that seek to start them.”

In your eagerness to push Chinese propaganda lines, you have ignored the reality at present: we need not worry about avoiding being the ones to provoke war. The war has already started. Ask the citizens of Hong Kong, the Tibetans facing decades of oppression and abuse, the Mongolians who are having their culture, language, and freedom targeted just as the genocide began with Uyghurs. Ask the Taiwanese facing threats by Xi Jinping’s expansionist ambitions.

Finally, ask the Uyghur families who have broken apart and are irreparably scarred by the CCP. These should have been the first people to weigh in on the issue.

In closing your article, you write that a sign of “hope” is that Linda Thompson-Greenfield, appointee for Ambassador to the UN, spoke of the State Department reviewing the designation. Perhaps you missed that Secretary of State Antony Blinken affirmed that genocide would be his determination as well. You are writing from the place of ultimate privilege, and as someone who should know better. This is hardly a sign of hope to the millions who are facing destruction at the hands of the CCP.

I would hope that your own referenced family history would cause you to look honestly at the current atrocities in the context of the very meaning of remembrance, and the reality that Uyghurs today have no escape from their oppressor Those Uyghurs desperately seeking to save their culture and very lives are not looking to compare with the Holocaust for the sake of sensationalism. They are looking to prevent it from reaching that level of completion again. Thanks to people like yourself, any action taken is late. If only you could dedicate your energies into productive suggestions to end crimes against humanity. You state that the Chinese regime’s policies of control “would take several decades to lead to biological extinction of the group.” I can only affirm today, that each and every life is valuable, and contrary to the mindset that these are expendable, condemnation must be swift and determined.

The only common point of hope, perhaps, in your article is the statement that “..Uyghurs will exit the detention camps alive, and many will actually keep their beliefs and continue to support the resistance to the authoritarian regime.” Frankly, human rights activists feel little hope when they see people like yourselves using your voices in this manner, to condemn all who label suffering as what it is, rather than condemning those who carry out genocidal crimes.