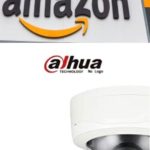 Campaign for Uyghurs strongly condemns Amazon’s decision to purchase equipment from Dahua Technology, a surveillance company that supplies equipment used in the maintenance of a police surveillance state detaining millions of Uyghur Muslims in concentration camps.

It is an indisputable fact that Zhejiang Dahua Technology has won over one billion dollars in Chinese government-backed contracts in the Uyghur region over the past four years, and these products have been used to monitor and assist in the detention of innocent Uyghur Muslims. These atrocities have been widely documented by the European Union, the United Nations, and multiple human rights groups. Dahua Technology was added to the United States Government trade blacklist of tech firms implicated in human rights violations in October 2019.

During this pandemic, the need to protect workers is understandable, however, we are horrified at the willingness of Amazon to completely ignore wide-scale crimes against humanity and complicity in the Chinese government’s genocide against the Uyghurs.