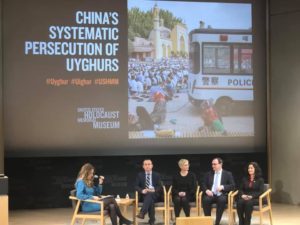 Last night, the U.S. Holocaust Memorial Museum in Washington DC held an event to bring attention to the persecution of Uyghurs in China. Speakers and panelists included:

Rushan closed her remarks by saying “it’s unimaginable what feeling, what impact it leaves on us…It is not only the Uyghurs’ future at state here, the democracy is at stake here. As the ambassador Sam Brownback have said earlier here, “China is waging war on religion.”  Chinese government announced that they are going to re-write the Qur’an and Bible, make them compatible with communist ideologies.  CCP is challenging everything that we have worked so hard for past 50 years.  Now, we are all responsible for what happens next” after talking about her sister who has been detained for 19 months. 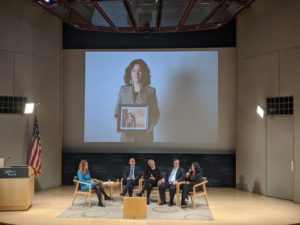