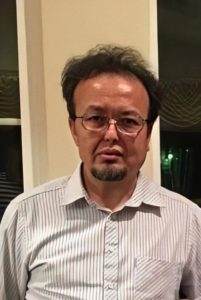 Dilmurat Sulayman started his activism while he was studying in Japan where he was introducing the Uyghur culture and Uyghur human rights issue. He moved to the United States in October of 1999. Since then, he worked closely with the Uyghur American Association, the World Uyghur Congress, and now Campaign for Uyghurs. He served 3 terms on the board of the Uyghur American Association as well as currently serving on the China committee at the World Uyghur Congress. He has been with Campaign for Uyghurs since the beginning and is currently the Deputy Director. He is a computer engineer and since 2015 he has been working as an IT lead at an IT company in Virginia, U.S. He lives in Ashburn, Virginia.