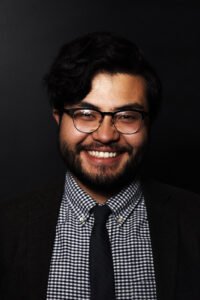 Babur Ilchi-Program Director: Babur Ilchi is the Program Director at the Campaign for Uyghurs. Babur graduated from the University of Calgary. Before joining Campaign for Uyghurs, he worked as a digital marketing specialist at another nonprofit for post-secondary students. Babur is also a host of the podcast Tarim Talks through the Tarim Network, interviewing people across the diaspora and sharing their knowledge with Uyghurs around the world.

Babur is an Uyghur, born in Hotan. An activist and advocate for his people, he has found this to be a deeply personal calling. Babur is looking forward to working with Campaign for Uyghurs to help his people and end the horrific genocide being perpetrated in East Turkistan today.